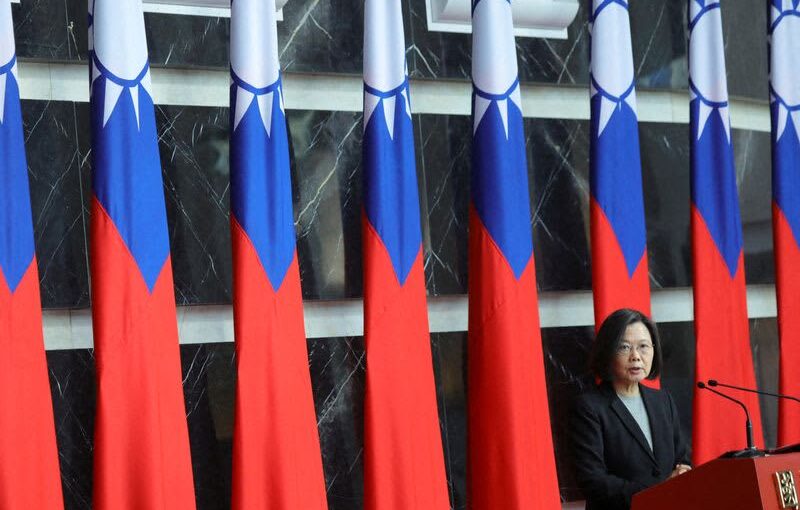 By Sarah Wu TAIPEI(Reuters) – Taiwan President Tsai Ing-wen marked the new year with a message for China: military conflict is not the answer. “We must remind the Beijing authorities to not misjudge the situation and to prevent the internal expansion of ‘military adventurism’,” Tsai said on Saturday in her New Year’s speech broadcast live on Facebook. China claims democratically governed Taiwan as its own territory and has increased military and diplomatic pressure in the past two years to assert its sovereignty claims. In Chinese President Xi Jinping’s New Year address the day before, he said…