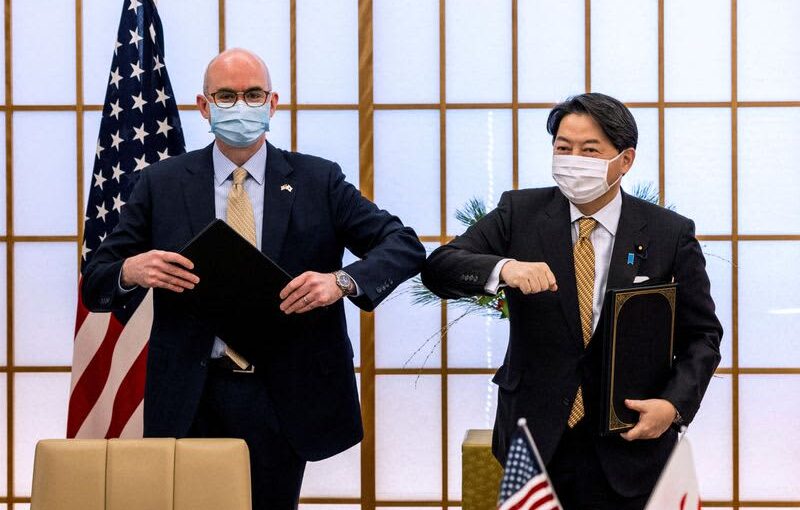 By Ju-min Park and David Brunnstrom TOKYO/WASHINGTON (Reuters) – The question of Japan’s security role at a time of rising tension over Taiwan is likely to figure prominently at a meeting on Friday between the foreign and defense ministers of Japan and the United States. The so-called two-plus-two talks will take place a day after Japan signed a defense cooperation pact with Australia, and as concern about China’s increased military and economic might looms large. Tension over democratically ruled Taiwan has risen over the past two years as China steps up military and diplomatic pressure to as…