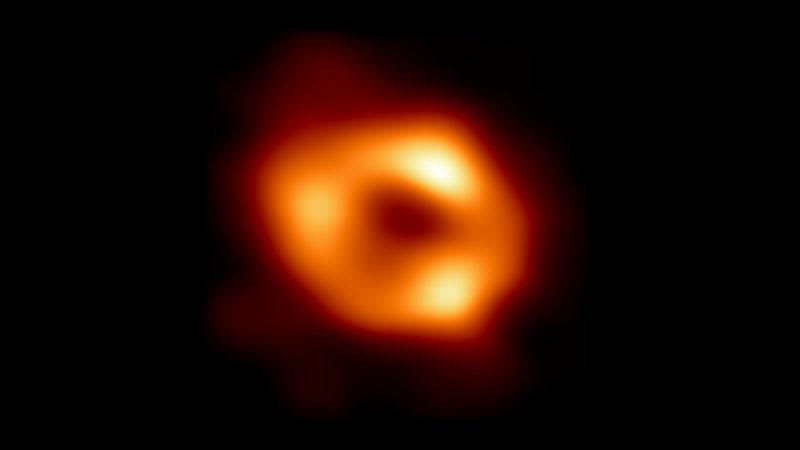 By Will Dunham WASHINGTON (Reuters) -Scientists on Thursday provided the first look at what they called the “gentle giant” lurking at the center of our Milky Way galaxy, unveiling an image https://pweb.cfa.harvard.edu/sites/default/files/2022-05/EHT_PR_Main_Image_Wide_lores.jpg of a supermassive black hole that devours any matter wandering within its gargantuan gravitational pull. The black hole – called Sagittarius A*, or Sgr A* – is only the second one ever to be imaged. The feat was accomplished by the same Event Horizon Telescope (EHT) international collaboration that in 2019 unveiled the …