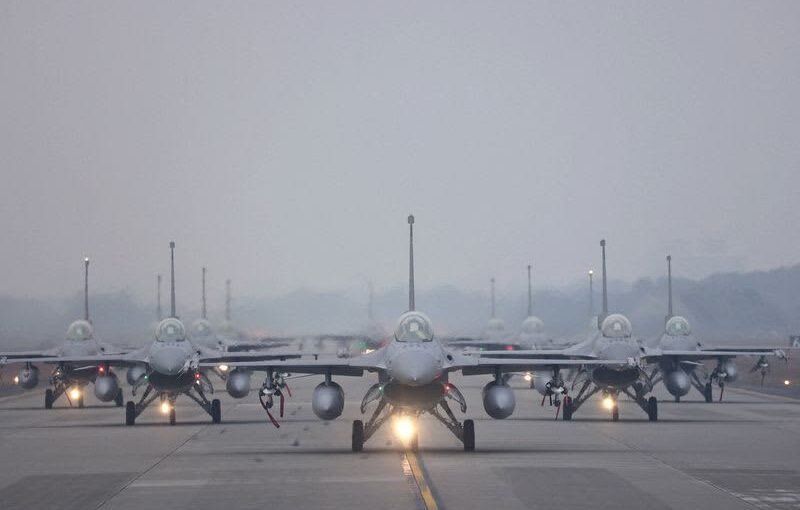 By Fabian Hamacher and Ann Wang CHIAYI, Taiwan (Reuters) – Taiwan air force jets screamed into the sky on Wednesday in a drill simulating a war scenario, showing its combat readiness amid heightened military tensions with China, which claims the island as its own. Before takeoff, flight crews at a base in the southern city of Chiayi – home to U.S.-made F-16 fighter jets that are frequently scrambled to intercept Chinese warplanes – rushed to ready aircraft as an alarm sounded. The exercises were part of a three-day drill to show Taiwan’s battle readiness ahead of the Lunar New Year holiday at …