Starting December 2nd, Secret Pirates will feature a new Dingle from its non-fungible token (NFT) series each day up to December 14th, #DingleDay and the release of The Secret Order of Lumiiis trailer. 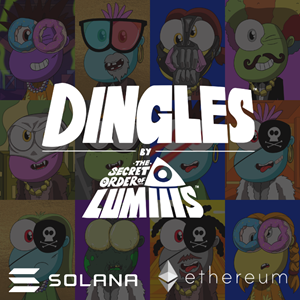 TORONTO, Dec. 02, 2021 (GLOBE NEWSWIRE) — Secret Pirates Entertainment Inc., creators of Lumiii franchise – the decentralized edutainment ecosystem built on the Solana (SOL) blockchain – announces that beginning December 2nd, the company will feature a new Dingle from the Dingles NFT series. The special event will take place each day from the 2nd until December 14th – #DingleDay and the official launch date for The Secret Order of Lumiiis trailer.

What makes #DingleDay Special? “It’s the day we all unconditionally love the most ridiculous Dingly parts of us! No judgment. All Dingle,” according to Ali Badshah, co-president, CEO and creator of the Lumiiis franchise. Dingles are an allegory to humans and human nature throughout the series. Dingle Day also celebrates Badshah’s two children, daughter Emma, whose birthday is also December 14th, and her brother, Roek. Badshah credits his daughter with inspiring him to create the franchise, adding, “Had she not asked me about the show, we wouldn’t be here today.”

The trailer will introduce the main characters from The Secret Order of Lumiiis animated series, which premieres in 2022. People can look for the quick response (QR) codes hidden in the trailer and uncover even more goodies like free LumiiiTokens, exclusive NFTs and other Lumiii products.

“We’re incredibly enthusiastic about the Lumiiverse, and to celebrate the NFT and LumiiiToken launch we will be airdropping 7.7 billion LumiiiTokens and 77 Dingles NFTs for 100,000 lucky winners in January 2022,” said Badshah. “Our unique approach to the blockchain has resulted in a kids’ media franchise that not only educates and entertains, but pays for itself with its own immersive crypto economy filled with fun and engaging products that provide holders voting rights, token winnings, residual earnings, and much more.”

Priced at 1.8 SOL each, the limited NFT collection has a total supply of 7,777 on Solana. An upcoming collection on the Ethereum blockchain is coming January 2022. Owning a Dingle NFT gives holders access to the Lumiiis’ world of Dingledum and the Lumiiiverse, providing passive rewards in the form of LumiiiTokens as well as chances to win even more physical and digital collectible assets. The rarest Dingles — those featuring gold foil backgrounds — will become characters in the Secret Order of Lumiiis series.

The Secret Order of Lumiiis is an animated tween comedy and edutainment series that explores real-world issues like poverty, climate change, financial literacy, discrimination and other tough topics that families struggle to address and other franchises fail to tackle. It is a lighthearted and fun series featuring vivid animation and comedy that hilariously exposes the troubles of the world, yet shows audiences that there is still a fighting chance to face those concerns head-on and win.

Secret Pirates Entertainment Inc. is a Canadian global media and gaming company marketing consumer products across all age groups. Founded in 2021 by Ali Badshah and Mehdi Rahman, Secret Pirates’ mandate is to democratize the global arts and entertainment industry through social utility and decentralized technologies.

About The Secret Order of Lumiiis

The Secret Order of Lumiiis™ and The Lumiii Franchise aim to introduce crypto storytelling to the world. Co-Founded by ACTRA Award-nominated actor, showrunner, and comedian Ali Badshah and international business leader Mehdi Rahman, Lumiiis by Secret Pirates Entertainment Inc. demystifies the blockchain and decentralized finance (DeFi) for kids and adults through education, entertainment, gaming and easy-to-use crypto offerings across over 11 international markets. Launching in Fall 2021, Toronto-based Lumiiis will deliver the first-of-its-kind decentralized edutainment ecosystem, powered by the blockchain. 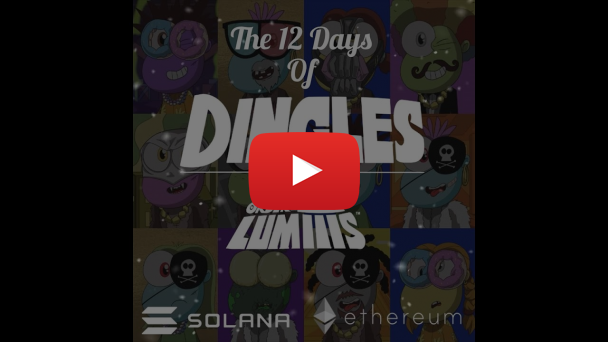 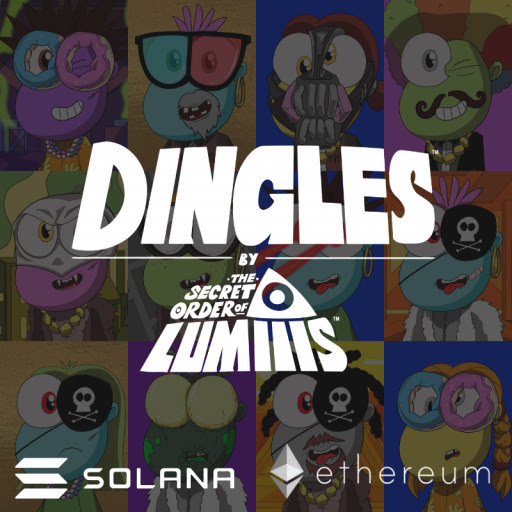